With the growing adoption of solar energy, it is unsurprising to see solar fence chargers becoming more widely used.

A solar fence charger uses generally to protect an area by delivering a shock to the invader or animal when it comes in contact with the fence. 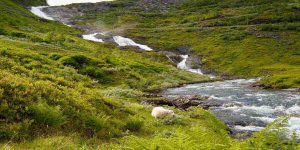 Solar energy is a type of renewable energy and it doesn’t produce harmful greenhouse gases when consumed. Unlike traditional electric fence chargers which use fossil fuels.

If you use a solar fence charger, you are essentially using solar energy to power the fence and as a result. You won’t contribute to the production of harmful gases which lowers your carbon footprint.

Additionally, if you are using the solar fence chargers to provide security for your farm. You are also helping to make the world more sustainable because you can protect your plants from animals and humans. 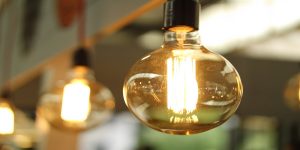 When you use traditional electricity to power your appliances or in this case, your fence chargers. The bill will be based on the amount of energy consumed.

The electricity bill will be quite significant especially if you leave the electric fence chargers on for a long time. Thankfully, with a solar fence charger, you will not need to pay for the energy consumed by the fence.

This is because solar energy comes from the sun and there will be no charge for using solar energy as sunlight is free for everyone.

The only payment that you have to make for using solar energy fence acquiring cost. And some maintenance throughout the fence charger’s service life.

Normally, solar fence chargers have long battery life. And they can work for up to two weeks even without exposing to any sunlight. However, this is only possible if the batteries have a full charge.

As such, you don’t have to worry about shutting it off or on. Because as long as the solar fence charger is in direct contact with the sunlight it will keep working.

Though it may seem like two weeks of battery life is very long, some people would still feel that it isn’t enough. Well in that case, you can opt for a backup battery. And keep it charged so you can use it whenever you feel like it’s needed.

Also, you need to replace the batteries every 3 to 4 years to make sure to take note if you want to keep the solar fence charger running.

The traditional electric fence charger can be fatal to humans and animals when they come in contact with it. But with a solar fence charger, the damage is a lot less fatal but still enough to keep people and animals away from the fence.

Besides keeping animals from entering, you can also use it to keep your own animals within the area you want them to be in. Even if the animals do try to go out of the solar fence charger, they will be no harm and will still stay where they should.

Protection Even During Power Outages 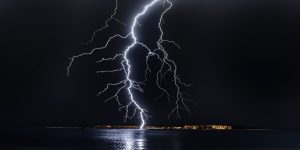 A fence charger you can generally use to keep an area safe and also you can use in rural and some urban areas.

However, these areas might experience an inconsistent flow of electricity and when it happens. The security is compromised which defeats the purpose of a fence charger.

As mentioned previously, solar batteries can last up to two weeks even without sunlight so you are pretty much protected during power outages and when there isn’t any sunlight.

It is clear that the benefits of a solar fence charger have many and if you are planning to get one for yourself, then we would highly suggest you go for it.